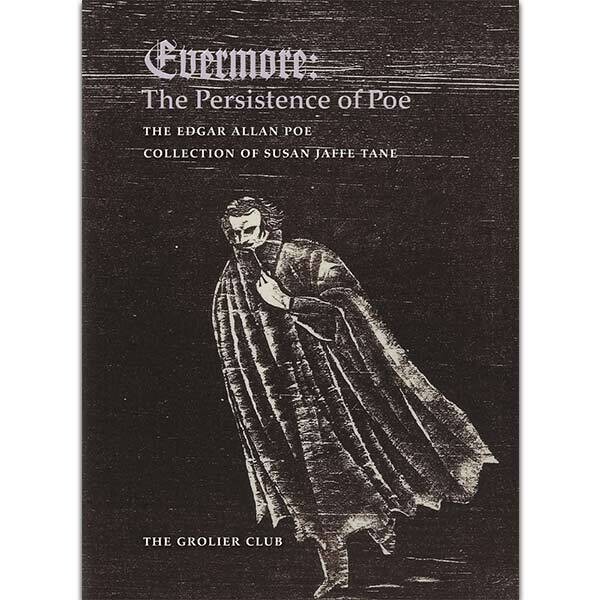 Evermore: The Persistence of Poe

A complete catalogue by Susan Jaffe Tane and Gabriel McKee of Tane's Edgar Allan Poe collection, considered to be the finest in private hands. The collection - encompassing over 400 rare original items, plus important secondary material - offers an in-depth look at Poe's life, his world, and his influence into the present day, through original manuscripts and letters by Poe, daguerreotypes, artifacts, first edition books, and unique material related to Poe's family and friends, some of which are recent discoveries.

Highlights of the collection include the only known manuscript copy of "The Conqueror Worm," generally regarded as one of Poe's best and bleakest poems; an autograph letter written by Poe to James Russell Lowell, editor of the Boston periodical The Pioneer, offering him his short story "The Tell-Tale Heart;" one of only two privately-held copies of Tamerlane and Other Poems; two daguerreotypes of Poe; and a fragment of his coffin. The collection also contains a number of items that show Poe's influence on American and world culture after his death, including artwork, comic books, movie posters, sound recordings, and toys. Includes an index.